Interview: Kate Henderson – on a vital role for housing

Heading up the National Housing Federation is an “absolute privilege” says its new chief executive Kate Henderson, but as she tells Mark Cantrell, it now comes with an even greater responsibility to ensure the sector delivers

KATE Henderson has arrived at the National Housing Federation (NHF) either at the best of times or the worst of times, depending on how you want to look at things.

Either way, as we all sail into the choppy waters of Brexit, her enthusiasm for the organisation she now leads, the sector it represents, and its potential to make a positive difference to people’s lives remains unphased.

The worst of times undoubtedly takes in the imbroglio that leaving the European Union has become. Quite how this will impact the perennial blight of the housing crisis is anybody’s guess (educated or otherwise); it’s already bad enough and getting worse.

So, to the best of times. Over the last year or so, we’ve seen a remarkable shift in perspective on social housing. After years in the wilderness, where it seemed only a handful of ‘dissidents’ were speaking up for the tenure, suddenly it seems as if everybody wants to be its friend.

“There has been a really important shift in government recognition about the vital role that social housing plays in people’s lives,” Henderson said. “I think a part of it was the change of leadership in Number 10; part was the appalling tragedy at Grenfell Tower. That really exposed a debate around how people are housed. I do think that set a different context and enabled new conversations around different types of homes and tenures.”

A window of opportunity was opened, then; finally, it’s okay to demand more investment in social housing, backed by solid research from the NHF and others.

“We need around 90,000 social rented homes each year, according to research we published in partnership with homelessness charity Crisis,” Henderson said. “The role the Federation will play is one of making sure that we make the case to Government around the value for money in investing in new social rented homes.”

She added: “It’s now such a scarce resource because we haven’t been building enough for decades. We do need to continue to make the case for social rented homes, as well as other forms of affordable housing, but social rent in particular. It is such an important housing tenure for people who are never going to be able to afford other types of housing. It’s about providing people with safe, secure tenancies and being a part of their community.”

If shifting perceptions have brought social housing back in from the cold, then devolution has created new arenas and potential allies to lobby their case. Combined authorities and their metro mayors bring new focal points of power, relatively speaking.

“Simply devolving power won’t solve the housing crisis in and of itself,” Henderson said. “But having cross-boundary democratic structures with devolution, there is an opportunity to make the case to Government for deals on housing or infrastructure investment, or support for communities and local jobs growth. There is an opportunity for us to work with combined authorities and help them make that case.”

The question of investment can be a loaded one, however; as we know, England is a notoriously unbalanced country (no that’s not a Brexit pun), with the focus all-too-often skewed in favour of the South East.

“There is a huge amount of regional inequality in Britain; a huge amount of spending goes on areas of highest economic demand,” Henderson said. “That’s not just about housing, it’s to do with things like transport infrastructure… Of course, the debate often focuses on London and the South East, which has huge problems of affordability and a real shortage of social rented and affordable homes, but we need to make the same case for every community.”

There’s so much to look at, she says, when it comes to making the case for regeneration, and the context in which housing sits; whether that’s connecting local economies through transport infrastructure, education, local jobs, High Street retail, and more.

Henderson suggests that housing associations are well-placed to play an important role stitching together the necessary elements relevant to their patch.

“We should recognise that housing associations are often anchor organisations in their communities and are big employers,” she said. “That’s a really important part of what we do. Of course, we exist to provide good quality homes that people can afford and first and foremost we should be exceptional landlords.

“We are not-for-profit organisations that are there for social purpose, but we are also significant employers; we are organisations that support our residents and tenants into work; we support them with their health and wellbeing; and make a massive impact on local economies.

“As an organisation that has members right across the country, I think [the NHF] has a real opportunity and a responsibility to talk about regional inequalities, and how we start to rebalance our economy and our housing market.”

As she says, then, a vital role.

THE first residents have moved into their new homes at a £7 million housing development in Cumbria. Millers Close in…

Two modular housing developments have been completed for South Kesteven District Council in Lincolnshire, a first for the area.

The think tank IPPR has called on the government to introduce a new ‘living rent’ linked to average local income to tackle housing unaffordability.

One Manchester appoints new executive director of growth and assets

The Manchester-based housing association One Manchester has appointed Kevin Williams as its new executive director of growth and assets.

A housing association is building 39 social rent homes in Eccles, Salford, in a development worth £4.9 million. ForHousing, part… 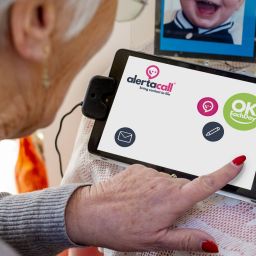 WORK has started on a new “affordable” housing development on the site of a former school in Wirral, Merseyside. Housing…