THE Government has promised to implement the recommendations of the Hackitt Review in full as part of its proposals for a tougher system of building safety regulation.

Dame Judith Hackitt’s independent review of building regulations and fire safety was convened in the wake of the June 2017 Grenfell Tower fire. The final report was published in May this year, calling for a fundamental reform of the building safety culture and practice.

As she said in the report: “This new regulatory regime needs to change the culture and mindset of those people and businesses involved in the design, construction, maintenance and operation of certain buildings so that they take proper ownership of the potential building safety risks and provide intelligent leadership in managing and controlling those risks (rather than being told by government what to do).”

“This will mean tougher sanctions for those who disregard residents’ safety, more rigorous standards and guidance for those undertaking building work, and a stronger voice for residents,” the ministry said.

Building a Safer Future, its proposals for the new system, commits the Government to a programme of reform over the next few years. These reforms will:

“There is nothing more important than being safe in your own home and I am determined to improve building safety,” said communities secretary, James Brokenshire MP.

“My plan for stronger, tougher rules will make sure there is no hiding place for those who flout building safety rules.

“By making people responsible and more accountable for safety, we will create a more rigorous system so residents will always have peace of mind that they are safe in their own homes.”

A Joint Regulators’ Group is to be established that will trial elements of a new regulatory system ahead of any new proposed legislation, MHCLG added. The group will bring existing regulatory bodies together to work with developers and building owners, as well as seeking input from residents and tenants, to develop and test new approaches that may later feature in legislation.

Furthermore, a full review of fire safety guidance within building regulations has also been launched. The Government has issued a ‘call for evidence’ that will gather expert advice on the full range of fire safety issues to enable guidance to be revised.

The Government is also inviting views from residents and those who manage buildings on how to improve fire and structural safety. Residents and building owners are being invited to identify the best ways of working together to meet safety responsibilities and to share existing good practice.

A degree of impatience among housing professionals is understandable, and both the National Housing Federation (NHF) and the Chartered Institute of Housing (CIH) urged Government to move quickly in delivering greater detail, as well as in the implementation of its new safety plan.

“The principles the Government have set out are the right ones and we acknowledge the scale of the job that needs to be done, but residents, building owners and everyone involved in developing and managing high rise buildings will still be waiting for more detail on how the new building safety system will work in practice,” said Kate Henderson, the NHF’s chief executive.

“All of this action must be seen as the starting point of a complete overhaul of our building safety system and it’s vital the Government moves quickly to bring more clarity.”

Debbie Larner, head of knowledge at the CIH, said: “The Hackitt Review rightly recommended a wholesale overhaul of the building regulations and fire safety system covering high-rise buildings and we have been urging the government to put its recommendations into practice as soon as possible, so we welcome today’s announcement that they will all be taken forward.

“It is absolutely vital that we increase accountability for everyone involved in building and managing homes and make sure that residents have a stronger voice.

“Everyone who works in housing must play their part in the new regulatory system and we will be doing everything we can to make sure that our members understand the changes coming their way so they can put them into practice quickly and effectively. We will continue to work closely with government to support the development of a robust competency framework to ensure that everyone involved in building safety has the right level of skills, behaviour and knowledge.”

Leaseholders in buildings over 18 metres will pay nothing towards remediation while those in shorter buildings will be offered loans.

The government has brushed aside several recommendations by MPs on how best to deliver affordable and social housing in the long-term. 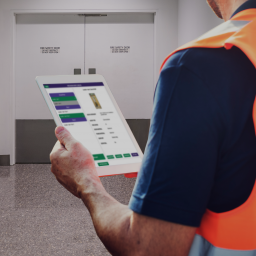 The coalition’s vision has been made in response to Planning for the future, the white paper published by the government last year.

FIRE fighters were called to a residential tower block in Oldham over the weekend, but fortunately this wasn’t an emergency…

The scheme will allow lenders to offer buyers mortgages on homes of up to £600,000 with a 5% deposit.

Sentry Doors is reflecting significant investment and growth with an updated brand and a new website.

ONCE again, the Chartered Institute of Housing (CIH) has urged the Government to suspend right to buy after the latest…